We left our home. Not knowing it was for good. 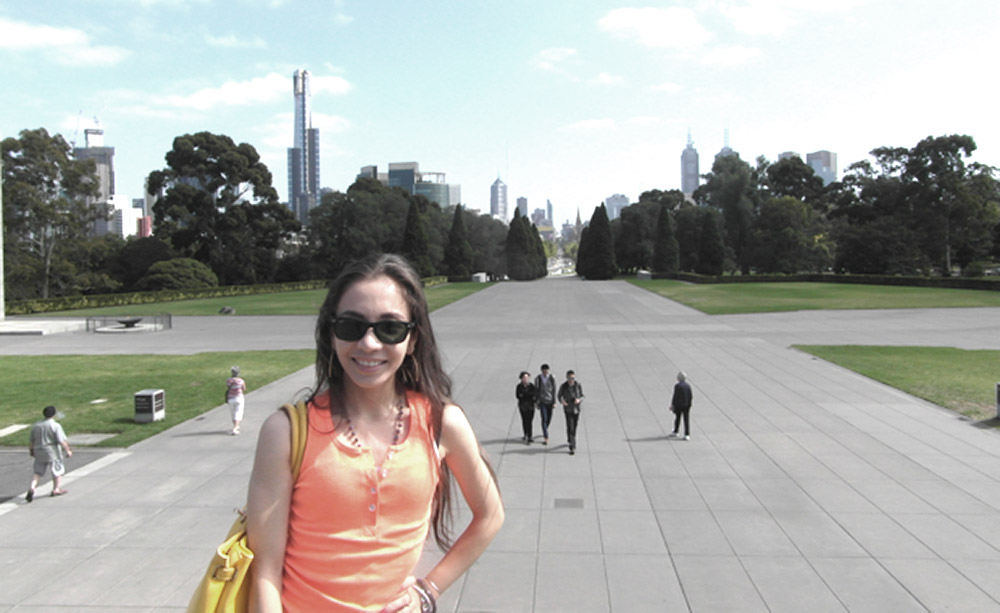 When I visited Ambon city in 2005 after a long time, the first thing I noticed were the remnants of the religious conflicts at the end of the 90’s. The crowded city was framed with destroyed buildings.

The only ones who know how fear back then felt like, are the ones who were amidst the conflicts. Daniella Gaspersz (26) is one of them. Because of these conflicts Daniella and her family, without knowing, got the opportunity to leave Ambon and to make a new start in Australia. That wasn’t very easy. Not only did Daniella had to adapt to a modern country but she also became an Australian citizen while having a mix of Dutch, Moluccan roots. That brought along an array of mixed feelings. In this first part Daniella shares her memories of the religious conflicts.

Can you tell me something about your memories of the religious conflicts in Ambon?
When the religious conflicts first broke out, on 19 January 1999 we were visiting our grandparents, as we always did on Sundays. From there we went to our uncle in Laha. Whilst in Laha, my dad got a call from my aunt on his cell phone. The fact that he had his cell phone with him that day was practically a miracle. Back then the cell phones were quite large and heavy so he usually left his phone at home. My aunt warned us not to go back to Ambon city because people were getting killed. So my parents decided to stay in Laha. Because we didn’t know the gravity of the situation, we turned down all the lights in the evening and stayed as quiet as possible. 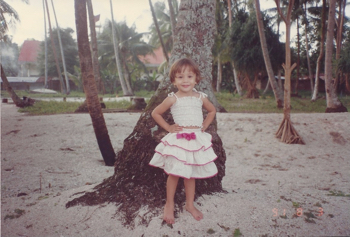 The next morning, dad and I walked up to the hill near the house, so we could overlook the city from the top. We saw the smoke from burning buildings. We had no idea what to do and we were afraid of being attacked. So we stayed in Laha for a few days. Meanwhile my dad arranged a speedboat to get us to Naku, my dad’s kampong. That wasn’t so easy because we couldn’t trust anybody. As stupid and unbelievable as it may sound, in that time it was Muslims versus Christians. And because of our light coloured skin, we soon were labeled Christians.

The trip to Naku was definitely not a good trip. Our little speedboat got smacked over and over again by the strong and high waves. The brave man who controlled our boat turned off the motor every time we hit a wave. After a few hours, thank God, we finally arrived at Naku beach. We planned to stay there for a while because this kampong, which is located in the mountains, was safe. From the top we kept an eye on the situation and as soon as Ambon got safer we went back, but returned to Naku again when the conflicts flared up once more.

At the time the conflicts calmed down a bit, my brother was in Jakarta preparing to go study in Melbourne, Australia. We wanted to visit him but even though the situation in Ambon was a bit calmer, there were no commercial flights to Jakarta. Luckily we had one possibility and that was to fly on board of a crowded military plane, the Hercules. So we left our home, not knowing that it would be for good. My grandparents, from my dad’s side, already had left Ambon and went to Kalimantan. My other grandparents from my mom’s side left Ambon when we were in Australia, because unfortunately their house was burned down too.

In Jakarta my parents arranged all the papers to go to Melbourne. It was only for a month, to support my brother. After that month we heard that the conflicts flared up and even got worse and more dangerous than before. We didn’t want to fear for our lives again and received permission to stay in Melbourne. From then on it went really fast and my parents found a house and school for my sister and I.

Leaving Ambon with just one suitcase each, we started a new life. A new beginning. For a better future.

Next time: was Daniella able to adapt in Australia and will she ever go back to Ambon city?