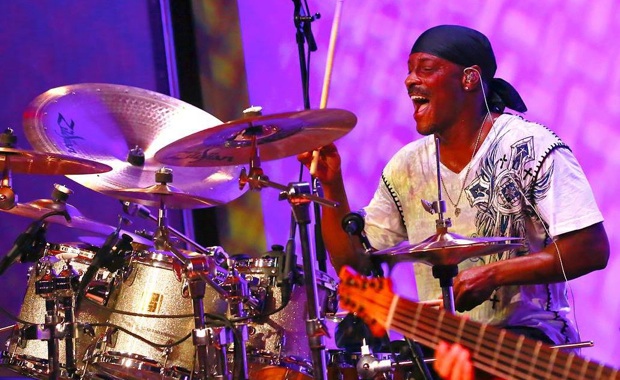 He believes that success comes from God-given talent, staying in school, developing your craft, and setting long-term goals. And he knows what he’s talking about by looking at his career: drum legend Sonny Emory. From 1987 thru 1999 Sonny was the drummer of the legendary Earth, Wind & Fire. Since then he recorded and/or performed with Stanley Clarke, David Sanborn, Bette Midler, Al Jarreau, Boz Scaggs and the Crusaders. Last week Sonny visited the Netherlands to perform with Jeff Lorber. After his performance at the North Sea Jazzclub in Amsterdam we spoke to him about identity, passion and education.

How do you ‘carry’ your identity as an African-American?

“First of all I find it very important to know and to understand your own history. For me, it begins there. As an African-American male, growing up in America I only visited Africa. I didn’t grew up there, but I do know that my roots are there. So I took it upon myself to learn the history of my people. So for me, carrying your identity, starts with every young child learning the history of their people. As thorough as they possibly can. Sometimes it’s challenging to do that. But when you do, it allows you to know exactly the struggles and the good things that your people went through. A lot of black kids in the States, for example, don’t know that African tribes used to be kings and queens. When you put it all in perspective and when you teach them the timeline, it changes how they think about themselves. It will give them a certain sense of pride of themselves, respect and dignity.”

We all know that the African-American history unfortunately knows horrible chapters as well.

“You don’t change history. The only thing you can do is to teach it. You teach the kids the truth of it, which in our case was hatred and evil. It’s the only way to put it. Unfortunately the residual effects of that still reflect on society both psychologically and physically. Prejudice for instance, still exists. And then, education to me is just the key. I mean, the world is what it is. Society is what it is. You have to educate yourself if you want to compete. If you want to be able to get a nice job, or a job. Period.

” Some kids feel that they are not entitled to success because of their upbringing or their history.

“It’s important for kids to first get in touch with who they are as people. The next thing is to identify their passion. What is it that you love to do? Too many people go through life, become adults and don’t have a clue to what their passion is. For me it was obvious, I fell in love with music. My parents strongly supported that. I come from a lineage of musicians. My grandfather, grandmother, mother and father, they were all musicians, so I grew up with music. There never was any doubt in my mind that music was my true passion. As I was growing up I’ve had a couple of times where I had some other interests. I wanted to be an architect for a while and I was thoroughly fascinated with the weather so I wanted to be a meteorologist also. But the whole time I was still studying music. When I got through college it kind of blossomed. 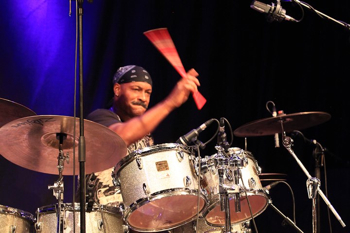 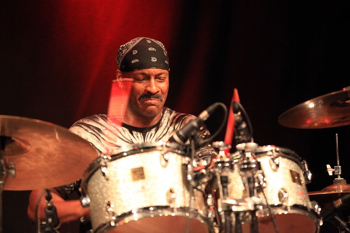 The Moluccan and Indonesian community in the Netherlands has tons of talent but we don’t see them on the big stages.

“The music world and the world are very competitive, that’s a part you have to know. There’s no way around that. You have to prepare yourself for that. Most successful people have done some kind of preparation. Serious preparation. It just doesn’t come easy. And that is what kids need to understand first: “you’re gonna have to work for this”. And if you have identified your passion it makes the work a whole lot easier. Because you really love what you’re doing. You enjoy what you’re doing. That made all the difference in the world for me. I tell my students all the time: “Look if you don’t love music. If you don’t really love it, you’re gonna give up. Because it’s hard, it’s really hard. It’s a hard career. There are gonna be times when it’s great, and you love it. And then there are gonna be times you’re gonna just absolutely hate a part of it.”

How do you keep faith in the tough (music) world?

“That is my spirituality. I just believe in thinking positively. Visualising what you’re gonna do and kind of setting your goals reasonably, will get you there. Take it a step at a time. Some kids want to be famous overnight. It’s not gonna happen. I think more adults need to start teaching kids that: “Look, you can do whatever you wanna do. But between point A and point B there’s gonna be work that needs to be done.”

Did you have role models in your life who taught you that?

“I had several role models. My parents were educators and taught on public school and all of their friends were educators too. So I was surrounded by people who were investing in me. I find it important to be a role model myself. Along with being famous and all of that there also comes an amount of accountability. You have to make sure you’re first representing the art and then everyone that has come before you. People who have done positive things. You don’t want to tear that down. You want to add to it. Those principles need to be taught to kids. And kids are funny because they really really really want to be guided. They want somebody to say: “No, don’t do that. Do this.” I think part of the problem with young kids today is people just don’t parent responsibly. Obviously there are great parents out there. But I think a lot of parents just drop the ball because they stop parenting. Because a lot of them are unhappy themselves as far as where they are with their own life. So now you have a parent who never found their passion, they’re unhappy because they have to go to a job they don’t like. So now they’re completely unhappy. And then they’re not paying attention to their kids. Now this kid is unhappy, misguided, not making the right decisions. Down the wrong path. They’re just going to pass that on to their kids.

And how about if kids get side tracked?

A loving approach is the best. But sometimes that comes with being tough, tough love. I’m a disciplinarian. I believe if you do the right thing you should be rewarded. If you do the wrong thing you should be punished. And it’s just that simple for me. And if you’re engaging in your kids’ life fully you know when they’re defiant, you know they’re doing things to just do it. And then you know when they’ve truly made a mistake. So if they made a mistake you can’t just beat them over the head with it. I just go: look, dad told you. The reason why I told you is because I love you. Didn’t want you to go down that road. Didn’t want you to experience that disappointment. But now that you have, you understand why I told you not to do that. My kids know I hold them to a high standard. So if they disappoint me it gets to them more than anything. But there are times when I do punish them. My kids love to be in the studio at my house, where they record and work on projects. But when their grades aren’t right at school? No studio!”

Not only by my parents. I had a lot of instructors and teachers of various races who genuinely cared about my upbringing. And I felt like they cared because they were the ones that corrected me when I was wrong: “Sonny, don’t do this. Don’t get absorbed with the wrong stuff.” You know, in the end it’s just about having love for the kids.