Holding on to beautiful memories of Ambon 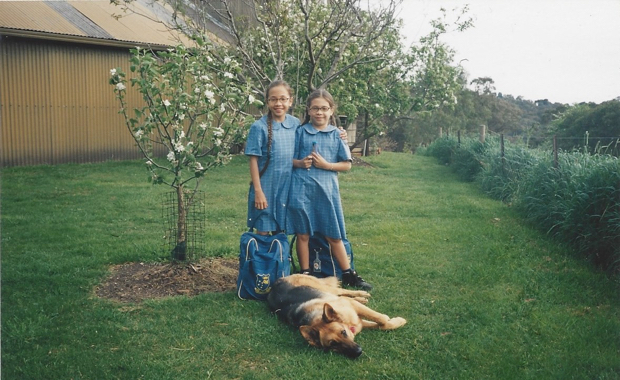 We recently posted about Daniella’s Gaspersz’s experiences during the religious conflicts in Ambon. They left the island with one suitcase each and before she knew, Melbourne became her new home. Daniella went to an Australian school and with the little English she spoke, she made some new friends.

How did you experience your youth from the moment your family settled down in Australia?

“Actually my friends didn’t know much about my background. I remember when I was 15 years old, that our history class was about World War II. I ran out of the classroom because terrible images of people getting killed popped into my mind. All flashbacks of the war I experienced a few years ago. My teacher came after me and asked me what was wrong. I explained her about the flashbacks and told her about my life in Ambon. She was really shocked. To help me, she suggested that I would give a presentation about my story and why I came to Australia. Then everybody would understand me which would give me the opportunity to talk about it. I told my classmates how it felt like to live in insecureness and fear. Much to my surprise, nobody knew about this civil war. The Moluccas are so close to Australia. Before the presentation, I never talked about it because most people in Australia had not experienced something similar. So I thought they wouldn’t understand.

In my presentation I also talked about how hard it was for me to find out who I actually was. In Ambon, they always called me the ‘Belanda’, because of my white skin. But in Australia I realized that I wasn’t that white at all. Melbourne is not that multicultural and because of that I struggled to find my identity and what culture I belonged to. And besides that, I always had to explain where the Moluccan Islands are. Most Australian people only know Bali and East-Timor, because Australia has connections with the latter. ‘The Moluccan Islands are situated near East-Timor’, always was my shortest explanation.

The struggle with my identity continued. Meanwhile, I already got my Australian nationality and worked and studied in Melbourne. But my Dutch and Moluccan roots made it extra complicated for me. For a Moluccan person I was too white and to western standards I don’t look completely western. But then another point of view came into my life. Two years ago I went back to the Netherlands to visit my family. I found out that Holland is such a multicultural country with lots of young people with an Indonesian or Moluccan background with whom I can share my feelings as regards to my cultural identity. There are a lot of ‘mixed-blood’ people in the Netherlands too who have had the same cultural identity struggle I had.

My love for Ambon runs deep, especially because I was born and raised there. But I never truly appreciated the culture and history until I was living in Australia. I guess living in someone else’s country makes missing your own home. As I grew older, there was a deep and strong desire to know more about my people and my culture. It was fueled by an urge to understand my own identity. Since then, I’ve learned a lot about the history, the adats and the culture. I believe that when you know your culture, you will be strong in spirit. It gives you an understanding and an appreciation for your own history and identity.” 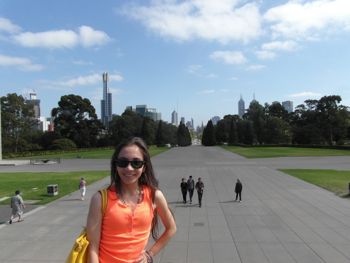 How does your future look like? Any plans to go back to Ambon?
“Usually I don’t plan my life. I believe that, although we plan for the future, God has the ultimate say. For example, I never thought that my family and I would ever end up in Australia, but yet here we are. Questions like ‘What if my dad didn’t bring his cellphone with him that day?’ ‘What if we didn’t survive the boat trip to Naku?’ are still running through my mind. We could have died lots of times and then we would never have been here in Melbourne. So I do feel that there is a greater purpose to all of these experiences.

I do have a short term goal though and that is to become a lawyer. I hope that one day I can do something for Ambon and its people. Hopefully, by being a lawyer that will provide me with the resources and the opportunity to do something for Ambon. Although I can’t predict the future, I do see myself living in Australia for the long term. As much as I love Ambon, Australia has provided me with so many opportunities.

I’ve been back to Ambon a few times now, but it is no longer the same Ambon as the one I grew up in. You can see that there is a generation who really got damaged by the hate and anger due to the religious conflicts. Sadly, I think the effects of the civil war have damaged Moluccan people. In our way of thinking, our culture, and our sense of humanity. I think it will take a long time to heal from this pain and grief, and perhaps it will take a few generations in order to completely recover. Thankfully, my memory of the old Ambon is still very strong, and I hold onto those memories whenever I miss Ambon.”